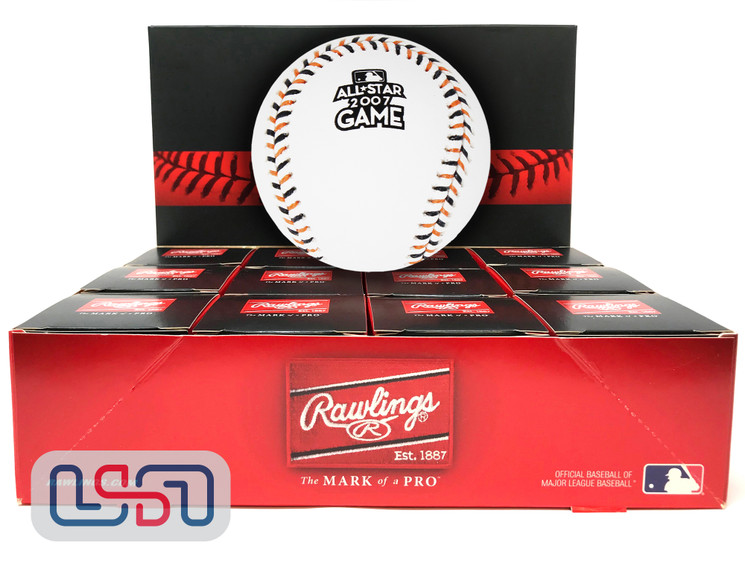 Manufactured by Rawlings, official supplier to the MLB for over 25 years, specifically for use in the 2007 All Star Game. The 2007 All Star game was played at AT&T Park in San Francisco, CA. Ichiro Suzuki was named the game's Most Valuable Player. These baseballs are branded in black with the Official 2007 All Star Game Logo, commissioner's signature, and the Rawlings Logo. Mint condition - no toning - no smudging - clean stamping. Each baseball arrives new in an official Rawlings Collectors Box.
×