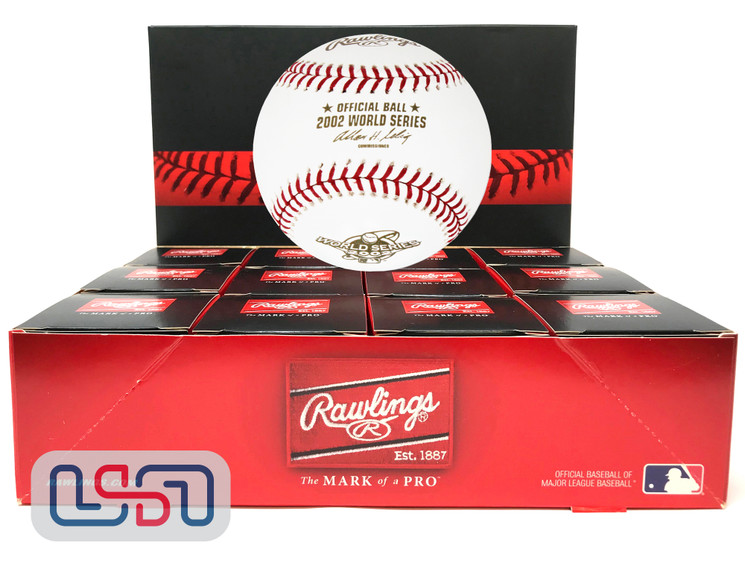 Manufactured by Rawlings, official supplier to the MLB for over 25 years, specifically for use in each of the 2002 World Series games.The first World Series Championship for the Anaheim Angels who defeated the San Francisco Giants 4 games to 3. Troy Glaus was voted MVP. This was the first time in MLB history (since inception of the "wild card" in 1995) that 2 wild card teams were vying for the World Series Championship. This year was a very short print run on the World Series game baseballs and they are very difficult to find. These baseballs are branded in gold with the Official 2002 World Series Logo, commissioner's signature, and the Rawlings Logo. Each baseball is sold in an official MLB Box. Mint condition - no toning - no smudging - clean stamping.
×