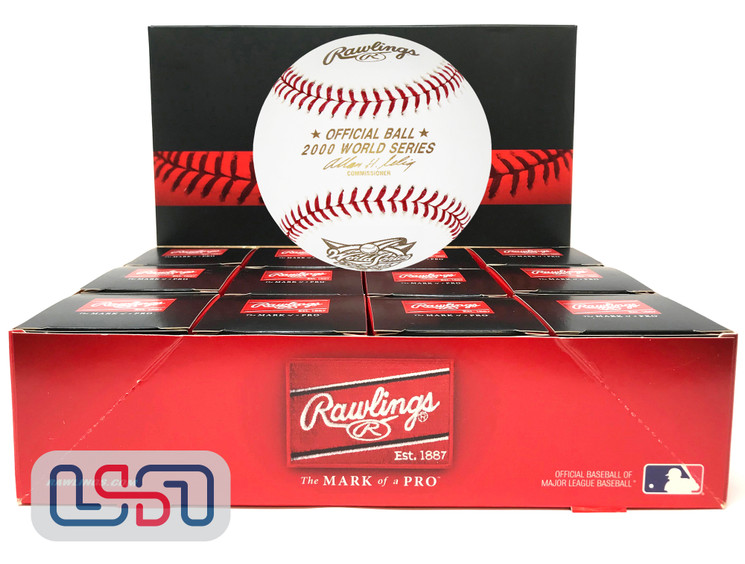 Manufactured by Rawlings, official supplier to the MLB for over 25 years, specifically for use in each of the 2001 World Series games.The first World Series Championship for the Arizona Diamondbacks who defeated the New York Yankees 4 games to 3. This was the first World Series game to ever be played in the State of Arizona. Due to the postponement of games in September as a result of the 9/11 attacks, the World Series began Saturday, October 27, 2001, the latest start date ever for a World Series. The Series went seven games, the last three of which were the first major-league games played in the month of November. Randy Johnson and Curt Schilling were co MVP’s. These baseballs are branded in gold with the Official 2001 World Series Logo, commissioner's signature, and the Rawlings Logo. Each baseball is sold in an official MLB Box. Mint condition - no toning - no smudging - clean stamping.
×