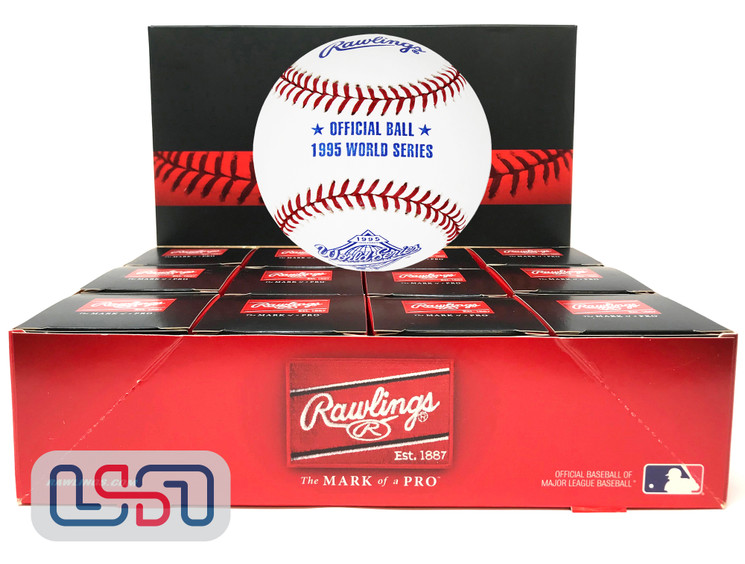 Manufactured by Rawlings, official supplier to the MLB for over 25 years, specifically for use in each of the 1995 World Series games. The Atlanta Braves defeated the Cleveland Indians 4 games to 2 to capture its 3rd World Championship in franchise history (along with 1914 in Boston and 1957 in Milwaukee), making them the first franchise to win three crowns in three different cities. Tom Glavine was the MVP. These baseballs are branded in blue with the Official 1995 World Series Logo, commissioner's signature, and the Rawlings Logo. Each baseball is sold in an official MLB Box. Mint condition - no toning - no smudging - clean stamping.